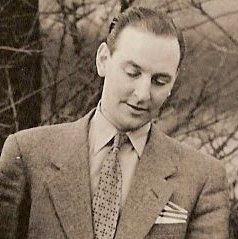 Historic Racer is sad to report the passing of the mercurial racer and race wear entrepreneur, Les Leston. In his early days, Leston was a consistent and enterprising racing driver - he briefly raced a Jaguar SS100 in 1949 before turning his attention to 500s racing in a Cooper Mk.V.  For 1952, Les sometimes used the Leston Special,  a J.B.S which was modified by Ray Martin to adapt the rear suspension to swing axle and rubber bands which Les ran with distinctive white wall tyres. Confusingly, his Cooper was also sometimes entered as the Leston Special. 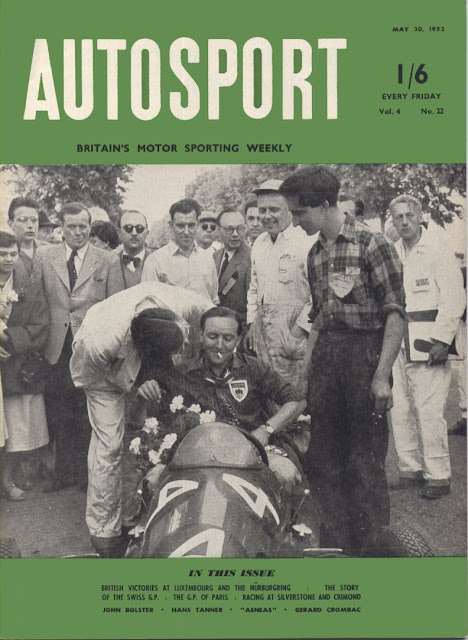 Leston had a number of wins during 1952 including Castle Combe in May, Brands in June, Prescott in July, Silverstone in September and Prescott in the same month, Brough and Silverstone in October to finish second to Don Parker in the National Formula 3 Championship and take the Seaman Trophy. He also won the Grand Prix at Luxembourg  in May beating rising stars such as Collins, Coombs, Parker and a certain Stirling Moss. He become a Cooper works driver in 1954 and took the national Formula 3 championship in that year. Leston also participated in three Formula One World Championship rounds. 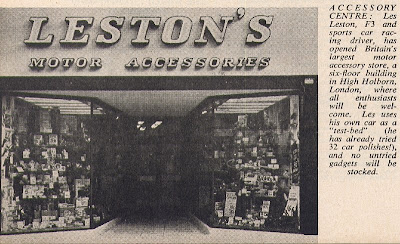 Leston made his World Championship Formula One debut aboard a factory Connaught-Alta in the1956 Italian Grand Prix at Monza only to retire. Leston would make his second and final World Championship start aboard a BRM P25 in the ’57 British Grand Prix, the same year that he and Roy Salvadori drove their works Aston Martin DBR1 to sixth place in the Le Mans 24 Hours. Leston was fortunate to survive a huge accident aboard John Fisher’s Lotus 12 during the non-points ’58 Caen Grand Prix in Normandy. He subsequently throttled back on his frontline career to concentrate on his business interests. Nonetheless, he participated in several major rallies and was a regular in the embryonic British Saloon Car Championship in a Riley 1.5 and a Volvo Amazon. Yet it was for his efforts aboard his Lotus Elite that Leston is perhaps best remembered. Bearing the fictional registration number DAD10, which was a nod to Leston’s days spent as a drummer in a war-time jazz band, the car was a regular winner during the 1961-62 seasons. The diminutive Lotus ultimately bore a new nose re-profiled by Frank Costin, Leston’s battles with the similar car of Graham Warner entering into legend. 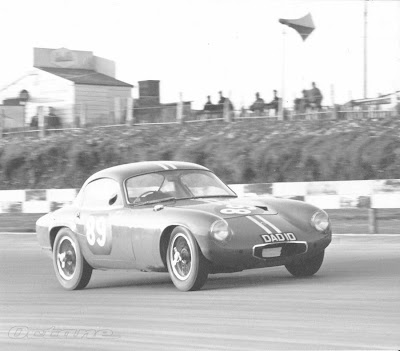 During his final year of professional motorsport, Leston had established 'Les Leston Ltd' in High Holborn, London, the firm initially selling car accessories and polishes. However, in time it would become internationally renowned for its fireproof overalls, helmets and steering wheels. Trading under the eponymous 'Les Leston' brand his product range is probably best remembered for items such as his  beautiful aftermarket steering wheels, most of which were manufactured by 'Walsall Wheels' but - most notably - he was also instrumental in the adoption and development of many of the safety improvements first seen during the 60's including the introduction of what is now the mandatory use of fireproof suits & crash helmets in all forms of motorsport. 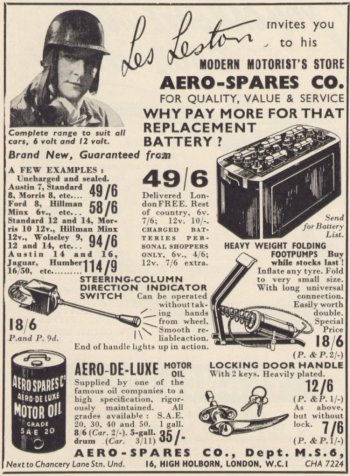 Of all the accessory companies it was Les Leston who was probably the most successful in spanning the two very similar but also very different worlds of Motorsport & Motor accessories. Leston's almost irreverent mode of advertising set his 'brand' head and shoulders above his competitors and it was easy to see how this gregarious - and often mischievous - ex-racer managed to find endorsements for his products from the top motorsport luminaries of the day.Of all the accessory companies that thrived in the 50's, 60's & 70's,  'Les Leston' remains the best known and original 'LL' equipment commands premium prices from knowledgeable collectors in today's marketplace. 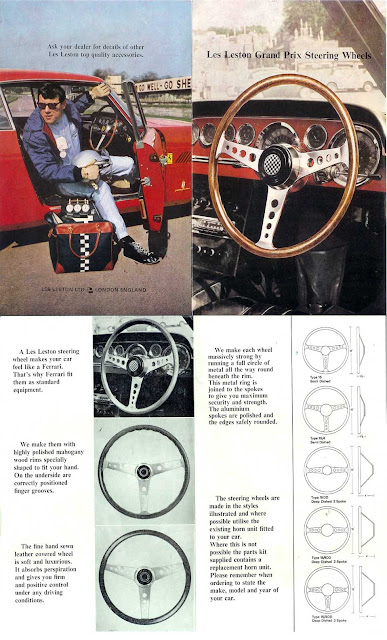 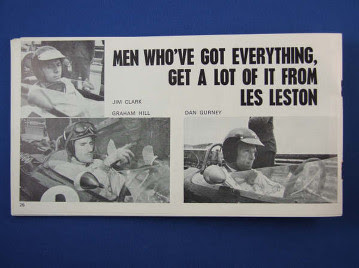 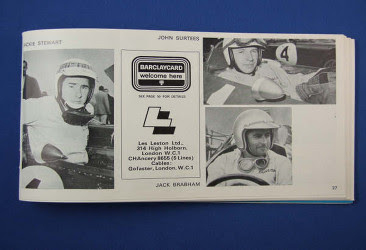 Sadly, it is a fact of life that we are losing more and more of these great characters as Anno Domini takes its toll - and I fear that our sport will be a little less true to itself as these remaining links with the eras that we so admire take the chequered flag for the final time. With the recent passing of Alan Mann, Caroll Shelby and now Les Leston - who will have the final say over what really happened out there in 'their' races? The writing of motorsport history has never been an exact science - it has more been the case of what one chooses to believe - and without these custodians of true knowledge, it seems inevitable that much will fall into the hands of subjective conjecture and the direct and dynamic link with the past will pass away with these heroes of our sport. 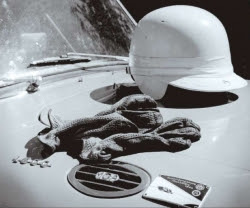 THANKS FOR EVERYTHING LES
Posted by historicracer at 15:26