MGB50 - From a different historic perspective 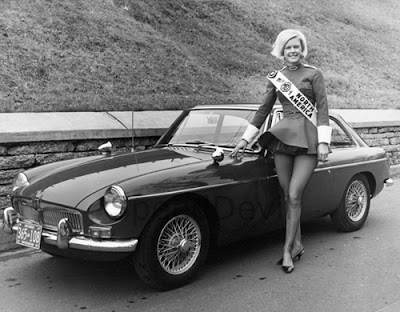 Anniversaries are all well and good - but they often just state the obvious: 50 years since the Hokey Cokey 500 first stepped off the production line, 100 years since a major manufacturer managed to hook the investment to get out of the potting shed and into proper production - the anniversaries roll on and on. 2012 brings quite a few 50-year anniversaries: The AC Cobra, The Ford Cortina, The Triumph Spitfire and let's not forget the MGB. How many car shows and rallies will we see these cars parked up to form '50' - only visible from the air? A lot of work for little visual reward. I hope not - let's pray that organisers will go for a lateral take on their task and search to find the most obscure examples, the shameful survivors with tortured enhancements foisted upon the standard design by independent designers in a bid to 'improve' the perfectly adequate originals - and, of course, the far braver (or foolhardy) attempts to totally re-invent the original model. Such insights would do so much more to establish that in many cases the original design was by far the best.

Yet trawling through the archives, I was drawn more by the way some of these cars were originally perceived; exactly how cool was the MGB in its day?

By the looks of it - it was considered very cool and far, far away from the Bobble-hat brigade that is now readily associated with its custodianship. Oh, and before the Anoraks descend on me in abject rage - yes, Prince Charles is emerging from a MGC GT - not a 'B'. But hey, Charlie Boy does cut a dash - or is the style of the car helping? Taking a snapshot view of the car in its prime - how cool was it really? Set in context, the 'B' was as sharp as a Saville Row suit. With clean, uncluttered lines and a purposeful stance - if any car was well drawn from the start - here it is. But like all good cars, (the Golf GTi is a perfect example), as the years passed by, the very 'improvements' added to boost flagging sales helped to destroy the original concept and so the crisp Saville Row cut sold out to the cheap suit of 'Man at C&A'. 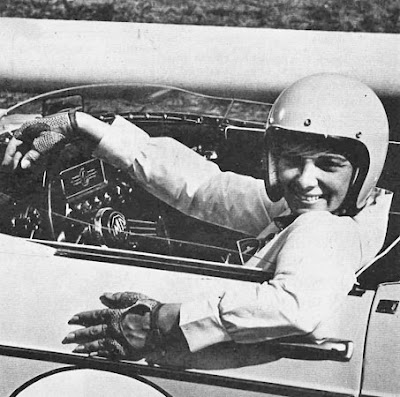 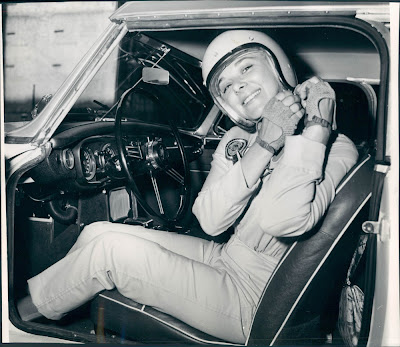 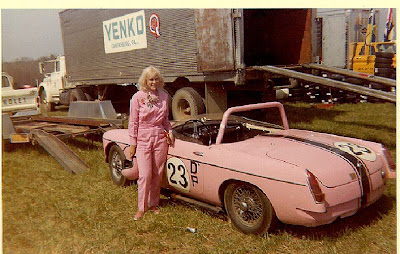 ......and never seen without her matching race ensemble.

The 'Smart Set' took to the clean lines of the MGB. 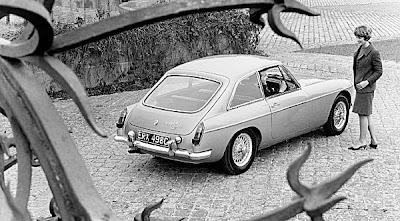 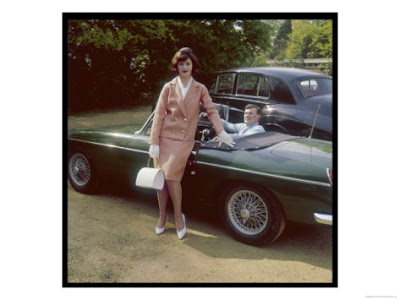 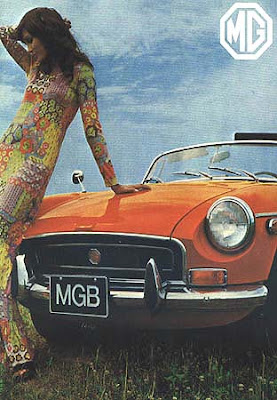 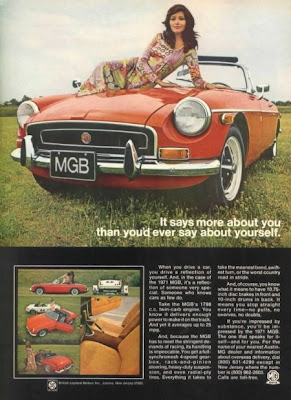 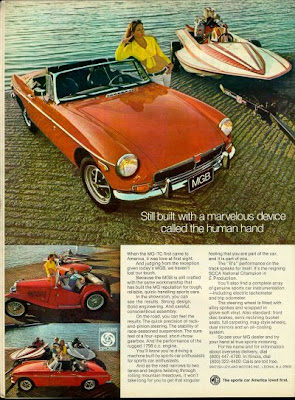 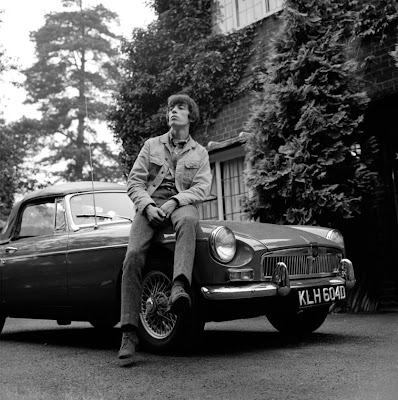 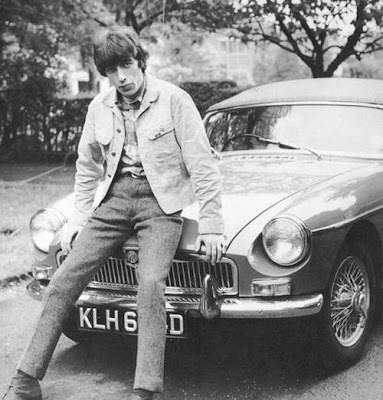 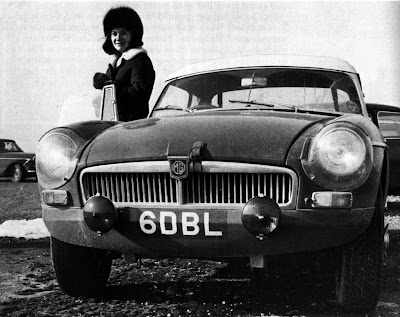 The fearless and most fanciful Christabel Carlisle - another great Lady Racer -
with a great taste in hats. 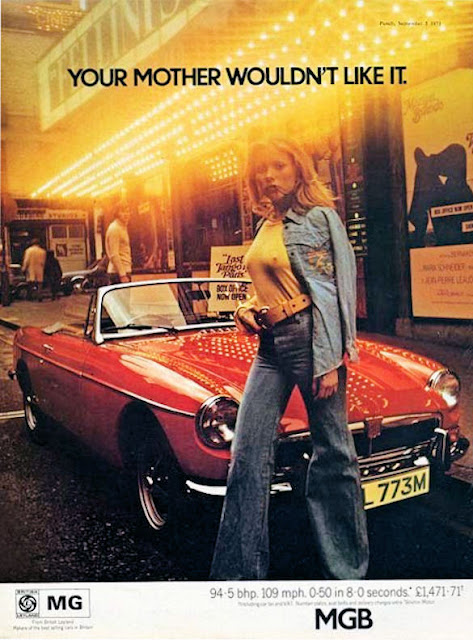 Cheap thrills? Maybe, but the package was now edgy enough to be cool. 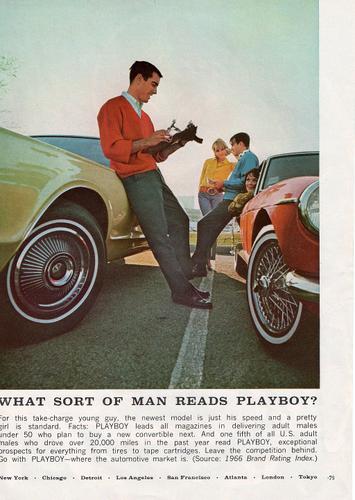 Look again how outdated the cars looked in their day against the sharp lines of the MGB. 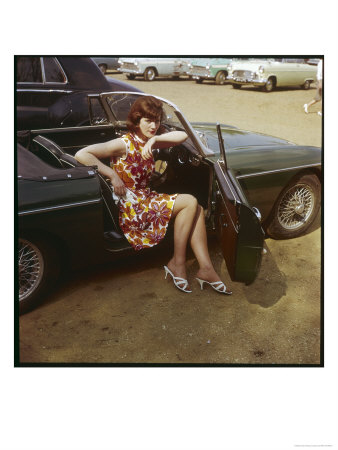 Take a look at the cars parked around Prince Charles' MGCGT - it's easy to see why this design was considered very cool! 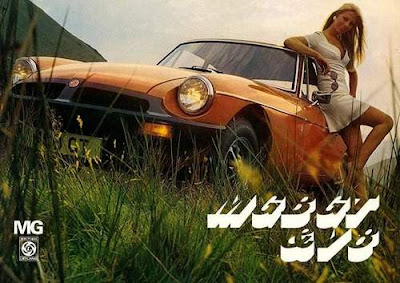 The MGB is now getting raunchy - V-8 engine, it's now on Steroids. 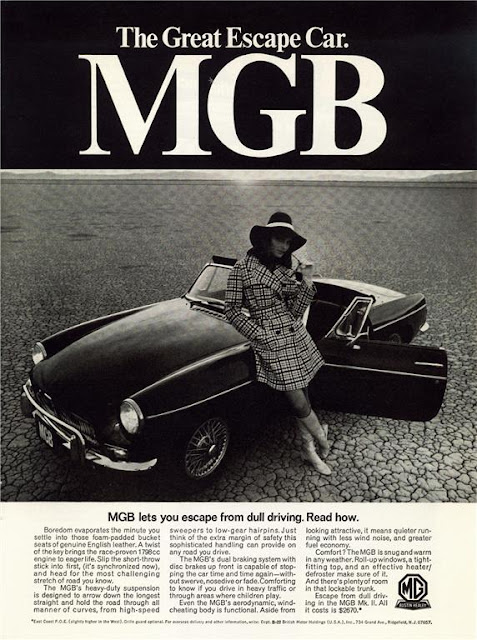 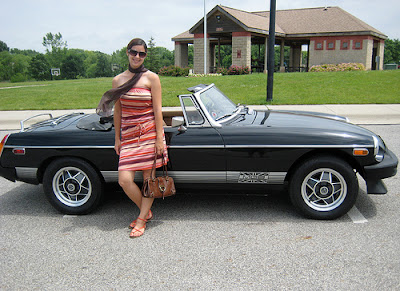 Quite where this lovely lady found a dress fabric that matched the deckchair covering employed in late MGBs, I'm not sure but the shot sums up the '80s swansong of the venerable MGB perfectly! Too many nips and tucks on the old girl - no, not you Madam - the car!

So the the early MGB was cool - it's Renaissance depends simply on the cut of your suit!
Posted by historicracer at 13:01