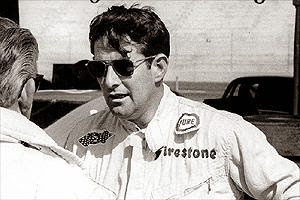 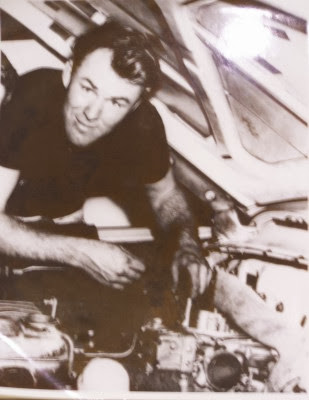 American stock car racing as a sport developed out of the need for fast and efficient delivery of illegal alcohol. The pride associated with turning out fast cars needed to outrun the Police developed from rivalry between gangs to organised races in fields or on horse tracks. The early Stock Cars were practically standard road cars, and drivers competed in hard, rough-and-tumble action. During the early years of the sport – the professional drivers would tow their ‘Sportsman’ class cars from town to town, racing up to five times a week. All the rural track surfaces were dirt – as mostly these provincial circuits doubled as horse racing venues. Whilst the cars appeared ‘stock’, outwardly running full bodywork, a black art quickly emerged that produced faster cars from the clever manipulation of standard parts. From these early racers, more sophisticated tuning techniques were developed and after-market tuning parts in the form of twin-carburettor set-ups, aluminium cylinder heads, and quick-change rear axles were to be seen on the more professional ‘team’ cars. As there was a severe shortage of new cars in post-war America, such race cars were built from pre-war cars. Weapons of choice were coupes and two-door (Tudor) saloons. Carrying less superfluous tinwork than their four-door sedan counterparts, these smaller bodied models were in great demand by racers – and the casualty rate for such cars was atrociously high – and true survivors are very rare. Many of the great stars of NASCAR started out in these self-built cars: Lee Petty, Curtis ‘Crawfish’ Crider, Fonty Flock, Wendell Scott – as did hard man of NASCAR Neil “Soapy” Castles. 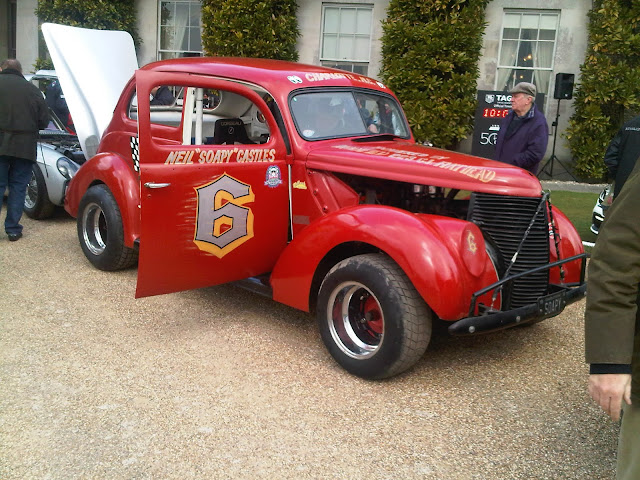 Neil "Soapy" Castles was born 1st October 1934 in Charlotte, NC. Castles competed in the Grand National and Winston Cup ranks for 19 years before retiring from the sport in l976. He was nicknamed "Soapy" from his boyhood competition in soap-box derbies. A true ‘Redneck’, it was said that if you wanted somebody whacked, “Soapy” would do it for $300, and if you wanted flowers, it was $5 more. His NASCAR Grand National Division debut came on 20th June 1957 on the half-mile Columbia Speedway dirt track, driving Bill Champion’s No: 5 Ford. Castles was to start 17th and survive the race to finish 18th – and unharmed. He returned at Darlington Raceway, driving his own No: 68 Ford in which he was to make a further three appearances for a total of five professional major league races that year. Throughout the ’60s "Soapy" was highly competitive, spending four seasons in Buck Baker's cars and finishing eighth in the point standings in 1965 and ninth in the final standings in 1966. Other than those years, Castles fielded his own cars and was considered one of the leading "independents" -those without a factory-backed program. He was eighth in the standings in his own cars in l967 and then 12th in 1968. His best seasons came in 1969 and 1970 when he was fourth and fifth in the final point standings. During his long career he made 498 starts and although he never scored a victory, he had 51 top-five finishes and 178 top-10 placings. He also performed stunt driver duties in the Warner Brothers film "Greased Lightning" alongside Wendell Scott.

Proudly wearing the later Castles No: 06, the 1938 Ford Tudor ‘Sportsman’ stock car offered today comes from the now defunct Rod Long Museum of NASCAR. Restored several years ago at a cost of over $30,000, this original warhorse was prepared especially for Neil “Soapy” Castles to demonstrate at NASCAR events. A high specification ‘Sportsman’ class racer – it features period Edelbrock aluminium race heads on its flathead V-8 engine, fuelled by twin Stromberg 97 carburettors via a rare Edmonds dual intake. A massive roll cage protects the driver, while safety hubs ensure that he will not lose a wheel during contact with another racer. Wide ‘dirt’ race wheels are employed, which give the car a menacing stance and straight through pipes emit a thunderous presence. With all this ‘go’ on tap – it’s reassuring to know that the brakes on this racer use ’40 ‘juice’ (hydraulic) brakes rather than the earlier rod type. This is no ‘Jalopy racer’ but a professionally restored survivor. Specialist maintained to a high standard and ‘on the button’ here is an evocative NASCAR racer that has already been seen and much admired at both the 2009 and 2013 Goodwood Festival of Speed. 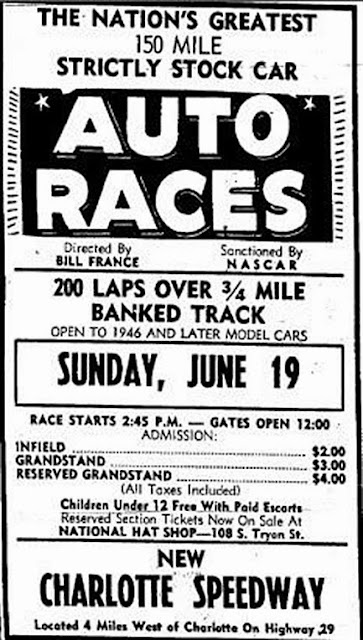 Eligible for both Spedeworth’s THORA vintage stock car series and BRISCA’s Heritage series, this potent piece of Stock Car history is ‘ready to rumble!’ However, earlier this year (2013) the car’s ‘staggered’ suspension set up was converted for track use and this car was taken to Goodwood for a full track test. Unlikely as it may sound, the car behaved perfectly on Goodwood’s fast and sweeping circuit – much to the amazement of the other drivers on track! So whether you want to race this as a vintage Stock Car, Drag Race it in the ‘Flathead Meltdown’, participate in the Pendine Sands event or simply Rod it – there’s no question that you will ever find another quite like it (or with such history) in the U.K. This car has been imported into the U.K and is duty paid. It comes with a DVLA approved dating certificate and does not need an MOT! 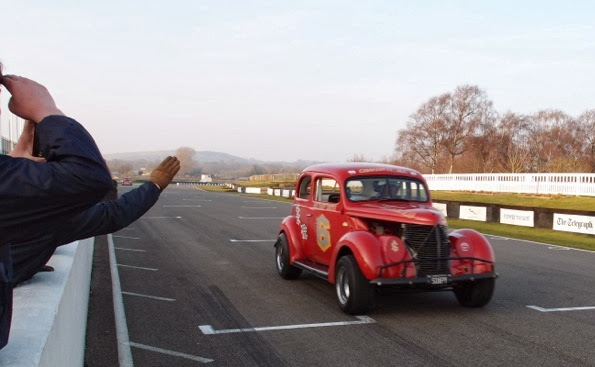